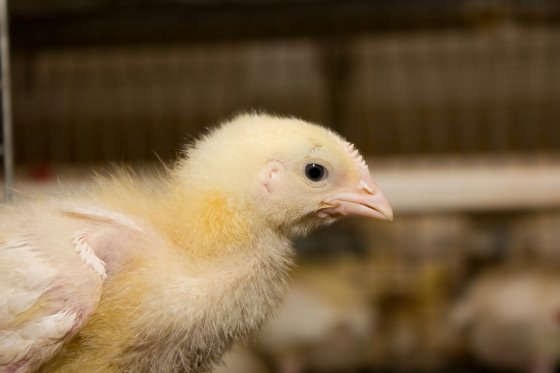 Processed soya bean meal in broilers led to significantly increased feed conversion rates and body weight gain, according to newly published research.
Researchers from Roslin Nutrition, Scotland and AB Agri Ltd, England, carried out a study to investigate whether the inclusion of a processed soya bean meal in the diets of broilers to 41 days at either 7.5% or 15% – at the expense of standard soybean meal – could lead to improved performance parameters.

The diets were formulated to be balanced for energy and digestible lysine with all other amino acids at appropriate ratio.
At almost all time points, the Feed Conversion Rate (FCR) and Body Weight Gain (BWG) of the birds fed the processed soybean meal diets was significantly better than the control diet, and in some cases the 15% diet was superior to the 7.5% diet.
Up until day 41, only the FCR of the 15% diet was better than the control. When FCR was corrected for the mean BW, birds on the 7.5% diet also performed better than the control.
The inclusion of processed soybean meal did not affect feed intake until day 14. Thereafter, independent of the inclusion level, intake was significantly increased versus the control diet.
Processed soya bean meals are commonly used in piglet diets as they are likely to contain reduced anti-nutritional factors than can be problematic when fed during phases of early development.
The study was published in the Journal of Applied Poultry Research.