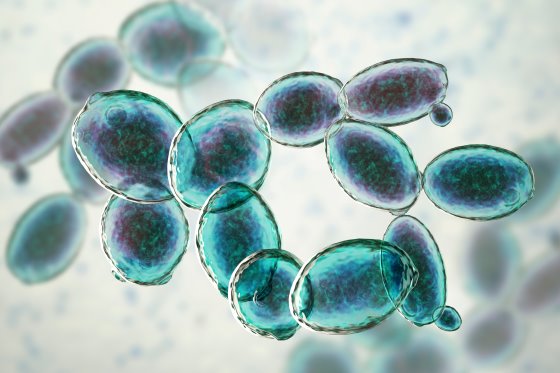 The rumen is the most influential site of digestion, and microbial fermentation provides much of the energy needed to maintain body condition, pregnancy and lactation. Feeding the rumen microbes and stabilising the rumen environment is therefore key.
The rumen ecosystem is made up of four groups of microbes: bacteria, protozoa, fungi and archaea. There also exist some bacteriophages, mycoplasmas and archaeophages (Tapio et al., 2017). In terms of numbers, bacteria are by far the most abundant (Kim et al., 2011) at 1010–1011 cells/ml, followed by archaea (106–108cells/ml), protozoa (105 cells/ml) and fungi (103–105 cells/ml). Bacteria comprise around two thirds of the rumen microbial biomass, with protozoa making up to 50% (Tymensen et al., 2012) due mainly to their size. This microbial ecosystem generates sources of energy, nitrogen and other nutrients via the breakdown of dietary ingredients.
Volatile fatty acids (VFA) are the end-product of bacterial fermentation of carbohydrates and are absorbed across the rumen wall as the primary energy source for the ruminant. It is well-established that diets high in soluble carbohydrates (starch and sugar) can lead to over-production of VFA, particularly propionate and lactate, and also, ultimately, to a drop in rumen pH and sub-acute acidosis (SARA) and/or acute acidosis. Cellulolytic bacteria operate within a narrow pH range (above 6.0; Russell and Wilson, 1996) and can only survive for a relatively short time below this range before their growth and activity are compromised. Thus, fibre digestion is inhibited if rumen pH remains low for long periods. Sub-acute ruminal acidosis is a complex metabolic condition in the cow involving low ruminal pH for prolonged periods of time. It has been referred to as a pH drop below 5.5 for an extended time (Plaizier, 2008). There is no consensus threshold pH value that is a definitive diagnosis of this syndrome, and SARA is not simply an acidic rumen environment but also highly dependent on the rumen VFA. Thus, it is not only a pH-dependent pathology, it is also the result of changes in the microbial population secondary to the type of diet fed (Calsamiglia, 2010).

Diet should be balanced

Rumen bacteria have varying requirements for protein sources. The fibre digesters have an almost exclusive requirement for soluble nitrogen, i.e., ammonia. For the microbes to effectively use this nitrogen source, they require energy, and this energy is provided in the form of fermentable carbohydrates. Synchrony between soluble nitrogen and energy supply has long been the subject of ruminant diet formulation in many sectors, with the aim of avoiding periods of excess or deficiency in nitrogen supply. Even with total mixed ration (TMR) feeding, there are periods of excess followed by periods of deficiency of rumen ammonia levels.
This is particularly evident when the diet is supplemented with urea. Excess rumen ammonia is wasteful and can lead to elevated blood urea nitrogen (BUN) and, subsequently, milk urea nitrogen (MUN) levels. An oversupply of rumen ammonia can also derive from overfeeding dietary protein. Diets are still often being formulated to 18 or 19% crude protein, even though recent research has demonstrated that, provided the diet is correctly balanced, this is unnecessary and can have a detrimental effect on performance. The deamination and metabolism of excess protein results in an energy cost to the animal that could exacerbate situations like negative energy balance (NEB) in fresh cows. Increasing NEB in fresh cows can also impact circulating progesterone levels, resulting in reduced reproductive performance (Tyrrell et al., 1970; Butler, 1998). By adequately balancing energy and nitrogen supply to the microbes and, thus, avoiding excessive dietary crude protein levels, this detrimental impact can be mitigated. Use of feed ingredients designed to satisfy the nitrogen requirements of around 95% of rumen microbes can aid in providing a balanced ration. 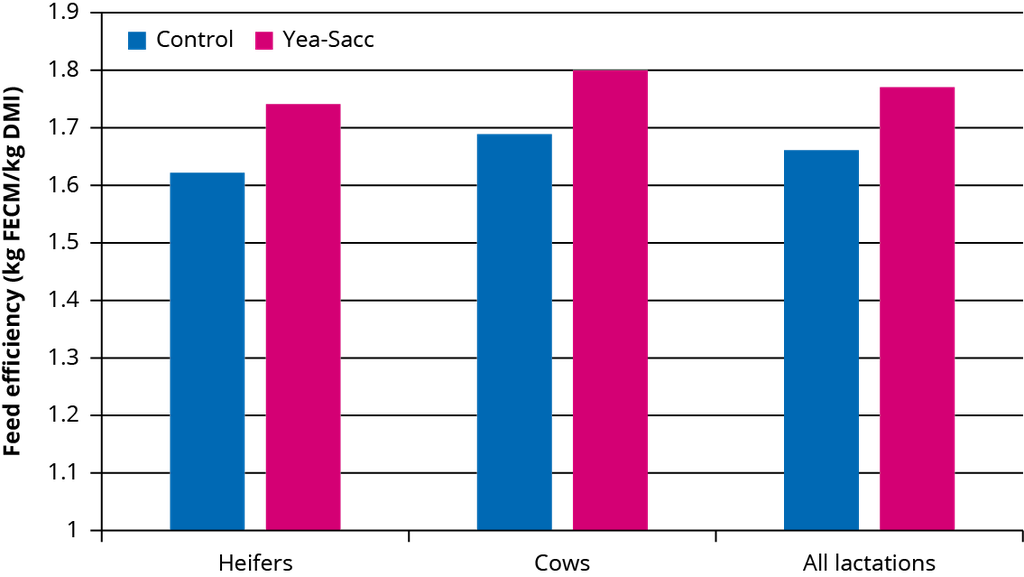 The majority of beneficial bacteria in the rumen rely on a stable, anaerobic environment in order to function; as such, oxygen entering the rumen associated with feed particles poses a constant threat. Dietary inclusion of live yeast can rapidly promote an anaerobic environment, helping desirable, fibre-digesting microbes to proliferate and efficiently colonise feed particles and resulting in lower rumen lactate concentrations, higher overall pH and a reduced risk of acidosis. Live yeast works by metabolising excess oxygen entering the rumen via feed particles, thus helping to maintain an anaerobic rumen environment. There is also stimulation of lactate-utilising bacteria, which helps to reduce the acid load in the rumen and avoid significant drops in rumen pH that are detrimental to the sensitive cellulolytic bacteria. These cellulolytic bacteria then thrive and generate VFA, which are subsequently absorbed through the wall. This creates a more efficient and complete digestion of the ration. particularly the fibre portion, leading to improved feed efficiency (Figure 1).
Promotion of cellulolytic bacteria results in a shift in VFA production toward acetate, which drives milk fat production. As well as scavenging oxygen, live yeasts produce small peptides and co-factors that stimulate bacterial growth. There is much variation in the range of stimulatory compounds or metabolites generated by different yeast strains (Kondo et al., 2014), and this contributes to some of the varied responses across individual strains. Fatty acids, sugars and amino acids make up a large proportion of these metabolites but are produced at very different concentrations across yeasts (Kondo et al., 2014). This overall stimulatory effect by live yeast not only increases feed utilisation and digestion but also drives dry matter intake (DMI), increases of which are often seen following dietary inclusion of yeast. Earlier studies with a live yeast show the effects on milk yield and composition in Holstein dairy cows.

Ultimately, the rumen is a fairly unstable fermentation vessel that relies on an intimate relationship with various microorganisms. The majority of beneficial bacteria in the rumen rely on a stable, anaerobic environment in order to function, and as such, both oxygen and acid are threats. Microbes also rely on a supply of both energy and nitrogen, and by adequately balancing the supply of these and avoiding excessive dietary crude protein levels, the detrimental impact of excess nitrogen can be mitigated. Live yeasts are known to scavenge oxygen and produce stimulatory compounds that have a beneficial impact on both the rumen ecosystem and subsequent animal performance, though there is much variation in their efficacy.
Source: DairyGlobal